Teaching Young Kids: “No” means “No” 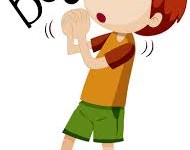 When it comes to setting limits with young children, some things are negotiable. In fact, the more we can allow young children to have a say in age-appropriate decisions – such as what to eat, what to wear, what to play with – the less they’ll bargain and cajole.  But whether they’re four or fourteen, all children need to know that when you say NO, you mean NO – and no amount of whining, pleading, or bargaining will lead to a change of mind.

Easier said than done!  Sometimes it’s all too much and we crumble.  While giving in is a perfectly human parenting moment, it’s in those moments that children get a glimpse into the effectiveness of relentless negotiating.  They begin to learn that if they hang in there long enough, they just might get what they wanted in the first place!

So, what’s a parent to do in the face of relentless begging and bargaining?  First of all, be prepared.  Expect that young children will try their very best to take charge.  It’s what kids do because they’re desperately trying to grow up and be independent.  And in the process, they struggle for power using the very limited tools at hand.  Whining, begging, and bargaining are often part of their arsenal.

When you expect negotiating as part of a young child’s developmental imperative, not only will you be less frustrated when it surfaces, but you can have a plan of action ready to go.  Here’s one approach that has worked for many parents.

Sit down with you preschool aged (or older) child for a “planned discussion” to describe how things used to be and how they will be different in the future.  Tell your child that from now on if they choose to beg and plead after you’ve said “No” that you’re going to announce., “That’s my final NO.” or “That’s my bottom line.”  That phrase will be your signal to your child (and a reminder for yourself) that you’re going to hold your ground.

Most children need first-hand confirmation that things are truly different so it’s only a matter of time until you’ll have an opportunity to put your plan into action.  When it happens, you won’t be surprised and annoyed.  You’ll be reassured that your child is just doing their “developmental homework” and you’ll also be prepared to deliver the party line with understanding and respect, “That’s my final No!” …or “That’s my bottom line.”  And as you repeat your mantra calmly and remind yourself to hold the line, you just might be amazed at how quickly your child learns that “No” really does mean No.