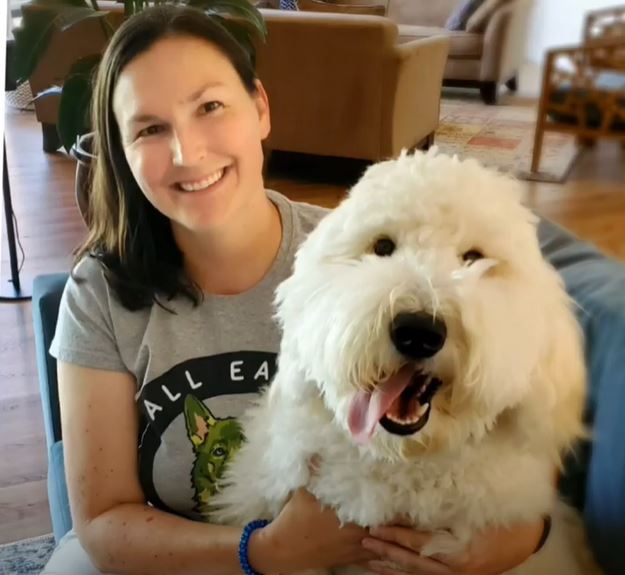 With the help of his trainer, Laska Parrow of All Ears Training, Harry knows how to greet big and little people calmly and gently.  He can wait patiently to be invited to engage with his human friends.  And with the help of little people who hang out with him on weekends, he is not phased at all by the occasional poke or tug on his tail.

Next, he will practice sitting patiently at Dr. Weiss’s charting station until he’s needed on the job.  He will learn how to join families in exam rooms, quietly greet everyone, and then settle in until he’s needed for a hug or a snuggle.

While Harry’s participation in visits will be by invitation only, we expect that many children and parents will ask for him whenever they come to see us. Whether he’s working with a 4-year-old anticipating immunizations, a toddler receiving a nebulizer treatment, or a teenager awaiting an annual well visit, Harry is aiming to prove that skilled therapy dogs can play a vital role in creating an optimal environment for health and healing.