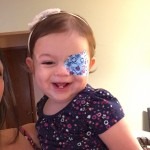 Weiss Pediatric Care offers routine cutting edge Automated “Spot Vision” Screening for infants, young children, and those with special needs.  By offering the latest technology, we are taking a leadership role in the community to identify vision issues that might otherwise hamper children’s ability to learn and even lead to blindness.