What Does Dead Mean? 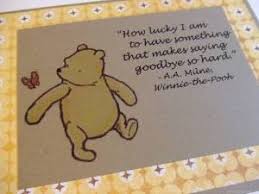 When my daughter was three, our family dog, Oskar, died. I remember how anxious my wife and I were about explaining his death to her. How do you explain to a person who has full conversations with imaginary horses during nap time that her dog is dead and make it so she’s not waiting for him to come padding back in through the front door and keep her from spiraling into a teeny-tiny tailspin of existential dread?

First, the bad news: there’s no good way to talk to a kid about death without talking about death.

As much as my wife and I wanted to soften the blow, we realized that the more abstract an idea is, the scarier it is. That’s definitely true for kids, but the fear of the unknown never really goes away. No wonder so many people are scared of the dark!

We decided that we would be as clear and concrete as possible. We wanted so much to say that Oskar had passed away or was put to sleep or anything other, really, than that he was dead. Because dead is big and unknowable and scary.

Death, on the other hand, is very knowable. It’s as concrete as anything could be. The life of a child is experiential. That means that the best approach is often to break even the biggest ideas into their most tangible parts.

For death, that might mean talking about how the body stops working: It can’t eat or drink or breathe or run or play. This kind of death is still sad and painful, but so much more approachable than trying to talk about Death with a capital “D”. It doesn’t have to be anything deep or philosophical at first—it can be a conversation about mechanics. There will always be time for the other stuff. This will come up again. Believe me… But at this point, you can keep simple and to-the-point. You can also use the “Three Very’s”: “Oskar got very, very, very sick. Sometimes we get sick and feel better in a few days. Sometimes we get very sick and have to go to the doctor and take medicine.  And sometimes we get very, very sick and we have to go to the hospital for a while and to feel better. But Oskar was very, very, very sick, and his body didn’t work anymore and he died.”

Just because you’re keeping things super concrete doesn’t mean you avoid talking about the future. This was especially tricky for my wife and I because we come from different cultural and religious backgrounds—add to that the social life of a kid at daycare and you can pretty much bet on a conversation starter like: “So, WHO is taking Oskar to heaven?”

And here’s the hack: you don’t have to answer those questions!

The workaround is almost too simple to believe, but trust me—it’s awesome. After we talk about the mechanics of what death is, we turn to memory. We say we love Oskar so much and it’s hard to say goodbye and we can remember him whenever we want. We can look at pictures or tell stories or remember funny things he did—and that’s how we make sure we keep him in our hearts. We say it’s sad for grown-ups too, and any way you feel about it is just right.

To make it clearer:

WHEN TO SEEK HELP:

Finally, expect and engage conversations about death as they pop up. They probably will. A lot. Usually during play or while staring out the window of the car or visiting grandma at the nursing home (our daughter nailed it with the timing on that last one…).

When these happen, go with it. Ask questions and try to follow their lead. Try to avoid changing the scenario or intervening with things like: “That’s not nice” or “Don’t say that” or “They’re not really dead, right?” Instead try: “Tell me more” or “What does that mean to you?” or “That’s interesting” or (at the nursing home) “Let’s talk about that more when we’re in the car…” And if you (like me) suddenly find yourself on the ropes, babbling to your four-and-a-half-year-old about the overlap between the Circle of Life, the first law of thermodynamics, and the death of a family pet—remember that it’s always okay to just stop talking and listen.

Or validate her feelings and then quickly offer her a cookie. There is nothing wrong with the occasional “Empathize and Distract” move.

I guess that was the bad news. Death is simple and complicated at the same time. Once it’s in the room, it stays—growing and maturing and deepening with the family.

And that’s not a bad thing. It reminds us to stop and look around and to remember to pay attention to the stuff that really matters. It makes every moment—even those still, quiet moments where everyone in the family is sitting around doing his or her own thing—full of richness and meaning.

In the end, my daughter handled the situation much better than I did.

Because she’s a kid and kids are resilient?

Because she takes after her mom?

Because kids aren’t afraid to be afraid of the dark?

Because it was mentionable so it was manageable?

Because death is a concept that unfolds with us as we grow?

Because she found a great leaf that day?